For lentiviral vectors, AAV and adenoviruses

Residual DNA is a common problem in vector production caused by plasmid DNA remaining after transfection and by host cell DNA resulting from cell death after the release of the virions.

The current industry standard approach is to reduce residual DNA level by using a GMP-grade recombinant nuclease, such as Benzonase®, to treat harvested vector material prior to downstream purification. However, this treatment is expensive when considering large-scale manufacturing and its effectiveness can be limited.

For lentiviral vector production, this typically means that a second treatment step is required during downstream processing. It requires the vector substance to be exposed to elevated temperatures, resulting in potential loss in vector activity, adding variability and increasing production timelines.

SecNucTM bypasses the nuclease step by using secreted nucleases in co-production with viral vector manufacture. This can be achieved by one of two modes:

Mode 1: Co-expression of nuclease and vector components within the same cells 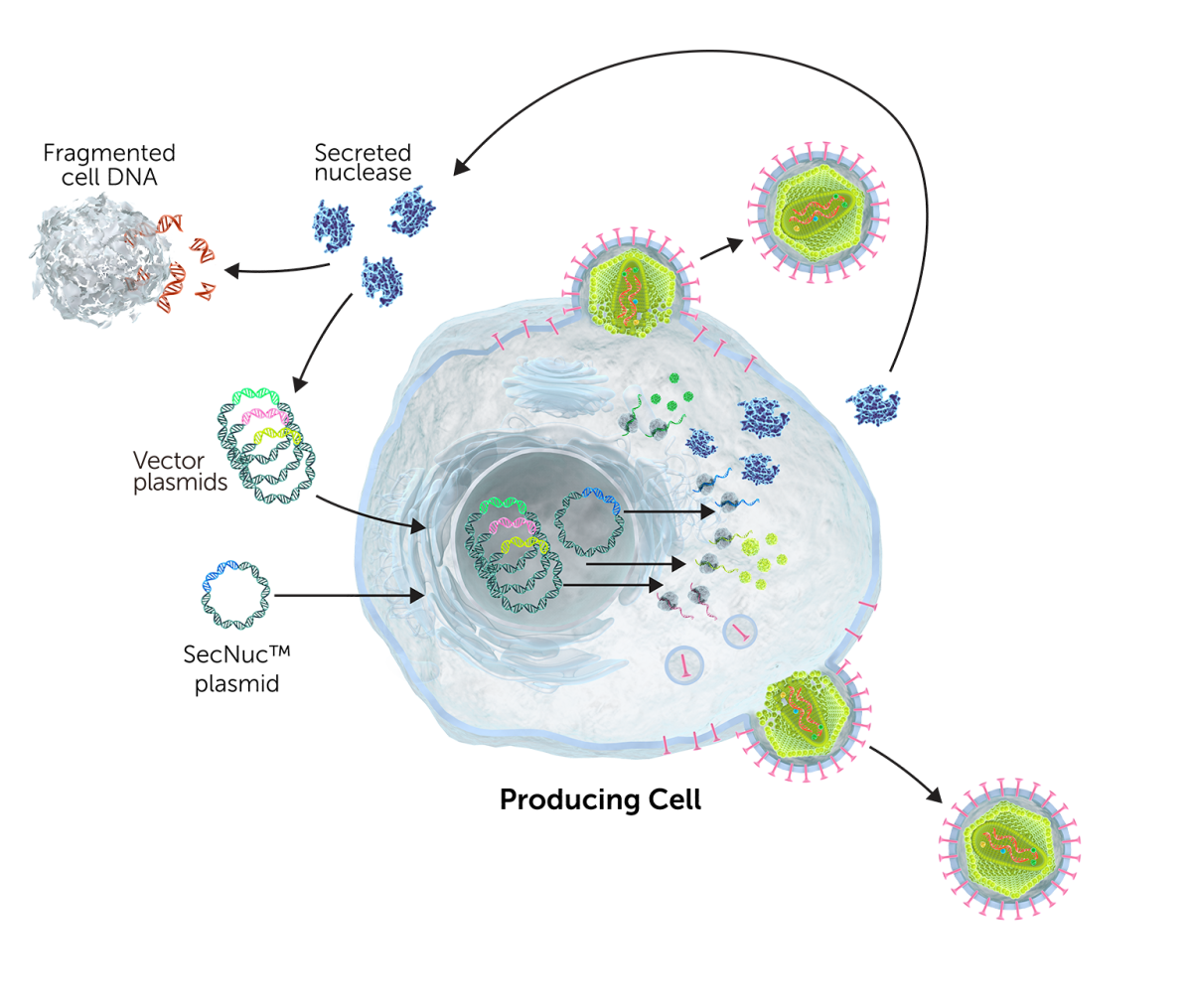 Our engineered endonucleases are optimally expressed during vector manufacturing.

SecNucTM  is high performing under a wide range of pH and physiological salt levels. Our approach reduces manufacturing costs and improves the quality of viral vector, which will especially aid the development of viral vector for direct in vivo gene therapies. 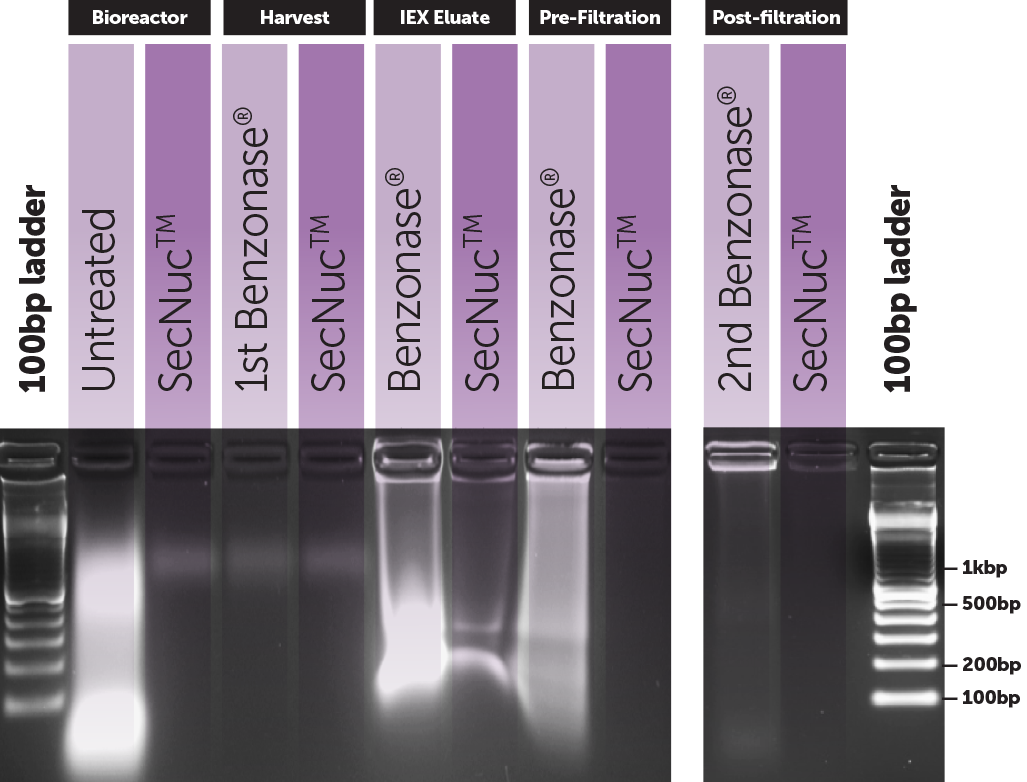